The flourishing temple town built around the sacred Pushkar Lake is full of religious myths and faith. The holy lake has 52 Ghats (bathing places), where pilgrims take ritual dip in the lake. The biggest attraction of the holy town is the temple of Brahma – the lord of creation. The annual Pushkar fair held here on Kartik Poornima is one of the largest cattle fair in the country. Pilgrims and tradesman come here in thousands from far and near. The fair today has become one of the major tourist attractions of the state. Camel-cart races and various cultural events are organized during the fair. 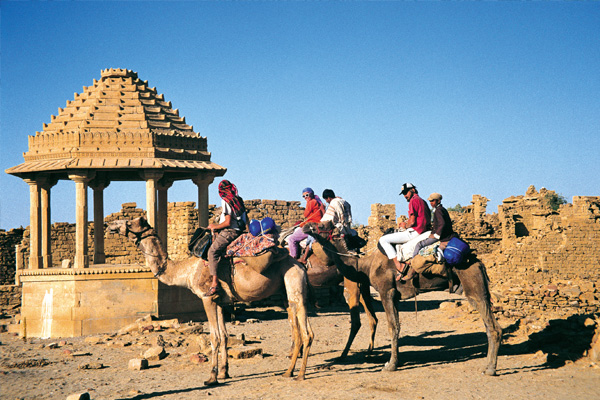 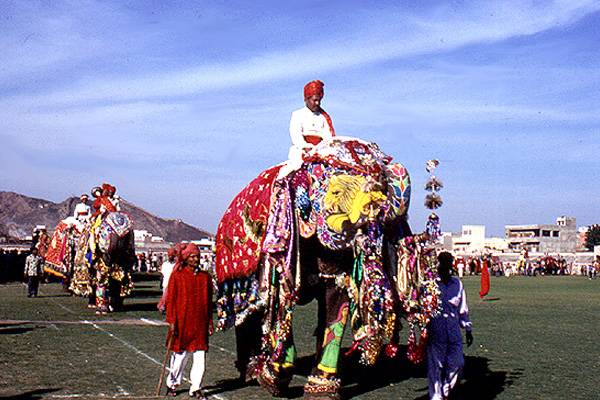 The elephant festivals in the south of India are some of the most exotic in Asia with hundreds of elephants taking part in religious rituals. The elephants take part in this spectacular pageantry accompanied by temple percussions. The religious aspect of the festivals pay homage to the various deities at the temples. This tour provides an experience of enjoying two such festivals.

Special customized program to India – The pomp and pageantry of the Republic Day is the focus of our tour. This day is set aside to commemorate the day on which the Constitution of India came into force. Every year a grand parade is held in the capital, New Delhi, from the Raisina Hill near the Rashtrapati Bhavan (President’s Palace), along the Rajpath, past India Gate, showcasing the military prowess and the diverse cultural heritage of India. With thousands of dancers, which include children from various parts that are unified in their diversity with performances of folk dances. Also included are decorated camels, elephants and the different regiments of the forces in their grand military regalia. 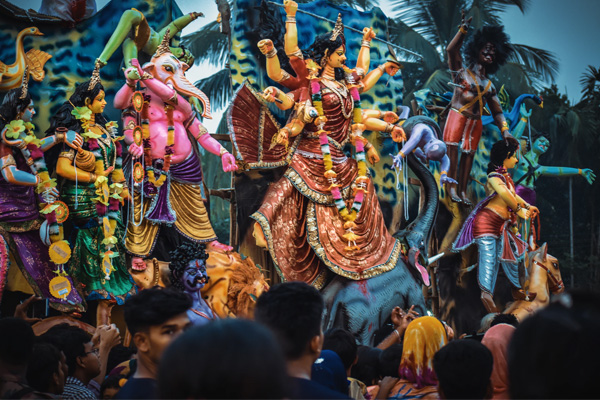 After visiting the Kumbh Mela of 1895, Mark Twain wrote:
“It is wonderful, the power of a faith like that, that can make multitudes upon multitudes of the old and weak and the young and frail enter without hesitation or complaint upon such incredible journeys and endure the resultant miseries without repining. It is done in love, or it is done in fear; I do not know which it is. No matter what the impulse is, the act born of it is beyond imagination, marvelous to our kind of people, the cold whites…..”

A customized tour to experience the wildlife of India focusing on tracking tigers. Canter safari at Corbett national park and Ranthambore national park. Visit the Bharatpur bird sanctuary and see the tigers and chitals at Kanha national park. 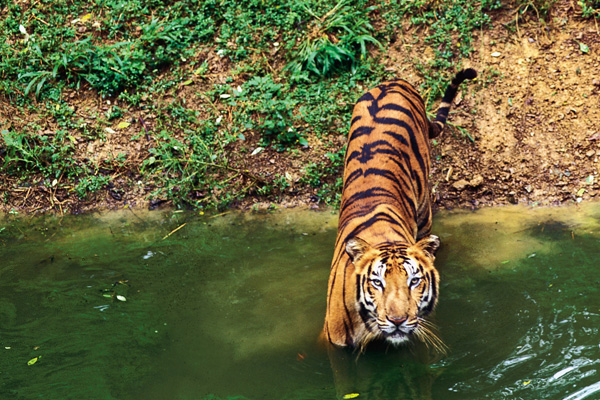 With its mind-bending diversity – from snowcapped mountains to sun-washed beaches, crusty old bazaars to chichi designer boutiques, tranquil temples to feisty festivals, ramshackle rural villages to techno-savvy urban hubs – it’s hardly surprising that India has been dubbed the planet’s most multidimensional country. This tour of India is designed with the must see destinations in India.

Kerala is where India slips down into second gear, stops to smell the roses and always talks to strangers. The real emerald jewel in South India’s crown are the backwaters that meander throughout Kerala. Here, spindly networks of rivers, canals and lagoons nourish a seemingly infinite number of rice paddies and coconut groves, while sleek houseboats cruise the water highways from one bucolic village to another. In this tour of India, your House Boat will carry you slowly into the countryside offers a close look into an engaging rustic life. Skiff-fishermen launching their cockleshell boats and rural scenery will keep you interested in the exotic back-waters of Kerala. Experience the splendors of South India with a house boat stay during this tour of India. 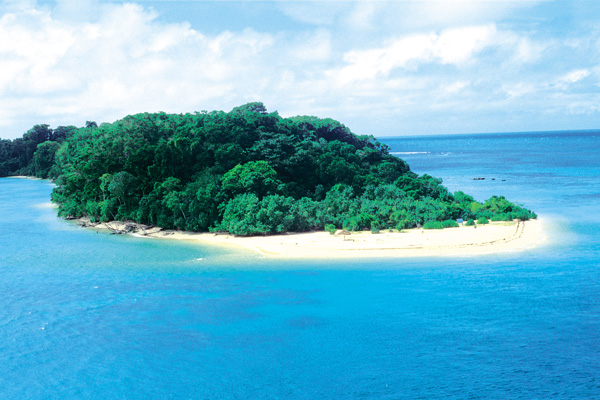 The Indian Ocean is the third largest body of water in the world… scattered in the warm waters are some of the most spectacular and exotic islands which you can explore during this tour of Indian Ocean Islands… come and enjoy swimming with the turtles off Lakshadweep Island, visit the pristine beaches of Havelock Island off the Andaman’s… snorkel or dive in the coral atolls and azure waters of the Maldives with its diverse marine life, including the most colorful coral gardens in the world… explore Sri Lanka and its 2,500 year old culture, its smiling people as well as the golden, sandy beaches in Negombo… truly a gift of nature, these islands will enthrall you and take you on a journey of wonder!

A customized tour of India to experience the wild life of India & Nepal. Explore Ranthambore National Park, one of the most exciting places for tiger sightings followed by a visit to the Bharatpur Bird Sanctuary. From elephant rides to seeing the Royal Bengal tiger, Chitwan National Park in Nepal would please any wild life enthusiast. Come experience Wildlife on this tour of India & Nepal.
Learn More 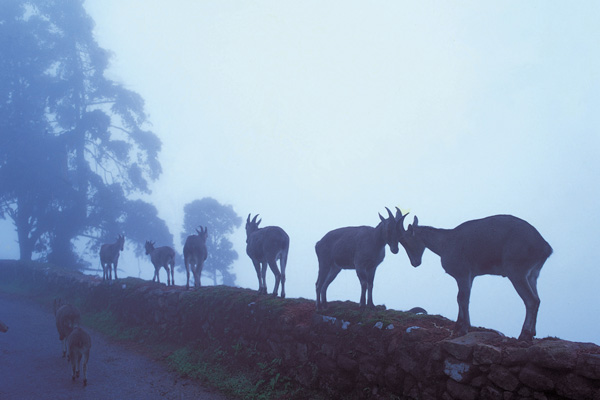 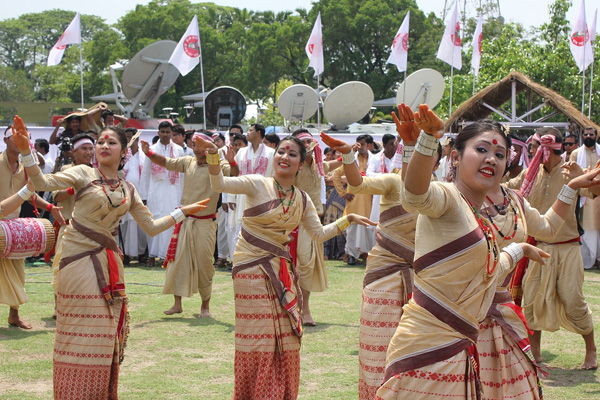 Take a cultural tour through east India from Calcutta, Dibrugarh, Kaziranga, Shillong to  Guwahati. Visit the Shilong Falls or watch the Bihu Dancers, go on an elephant safari or take a tour of a tea estate. This tour of India is a great way to experience the cultural side of East India. 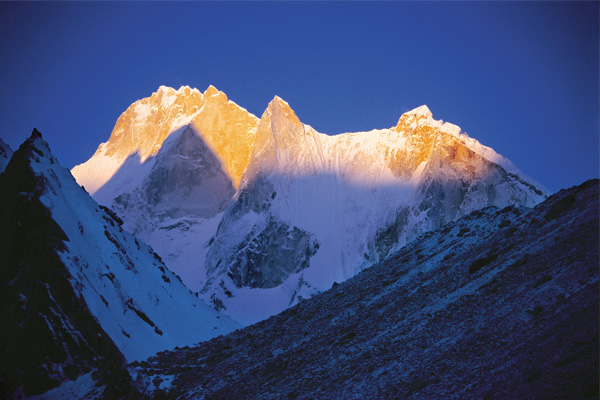 Draped along the greatest heights of the Himalaya, Nepal is where the ice-cold of the mountains meets the steamy heat of the Indian plains. It’s a land of yaks and yetis, stupas and Sherpas and some of the best trekking on earth. The Himalaya’s most sophisticated urban cultures took shape here, in the three great minikingdoms of the Kathmandu Valley – Kathmandu, Patan and Bhaktapur – home to a world-class artistic and architectural heritage.

Ready for your next vacation?